I took Latin in high school, while the practical students were in Spanish class. I took Latin for four years straight, a Classical Marathon culminating in the translation of Virgil’s Aeneid.

Fast forward . . . uh . . . 9(!) years, and that epic work is still taking its toll on me. So it was only natural that I steer from my failed Sea Serpent attempts directly to Laocoon.

But who was Laocoon? you ask. He was a smart dude. The kind that the Trojans should have listened to when he said, “Hey, don’t bring that big wooden horse in here. Something’s fishy.” It’s thanks to Laocoon that we have such pithy phrases as, “Beware of Greeks bearing gifts.” We all go around saying that all the time, don’t we?

He was a priest of Poseidon, and the Gods were pissed at him. They were not going to let him stir up trouble among the Trojans – oh, no. Minerva sent two giant and horrifying Sea Serpents from the nearby island of Tenedos to crush Laocoon’s insubordination! They appeared on the horizon of the sea and slithered towards the crowd of Trojans on the shore. Then they strangled Laocoon and his sons on the spot in a most gruesome fashion. 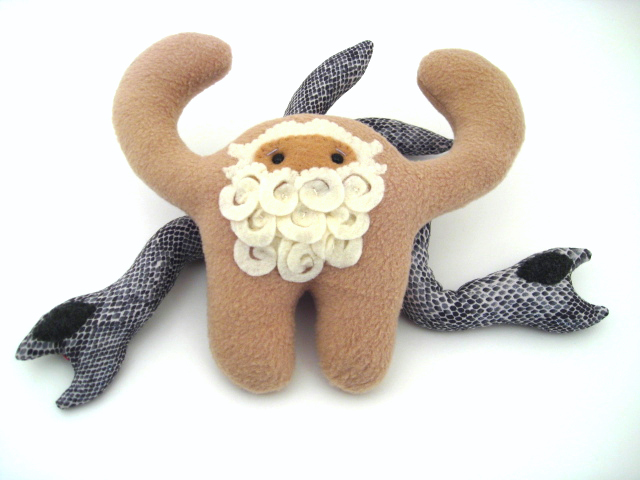 My Laocoon comes with two posable serpents – so they can be removed and made to attack again and again! Now you can spend hours reenacting the Aeneid in the comfort of your own home.

You may recognize this famous piece of Hellenistic sculpture: 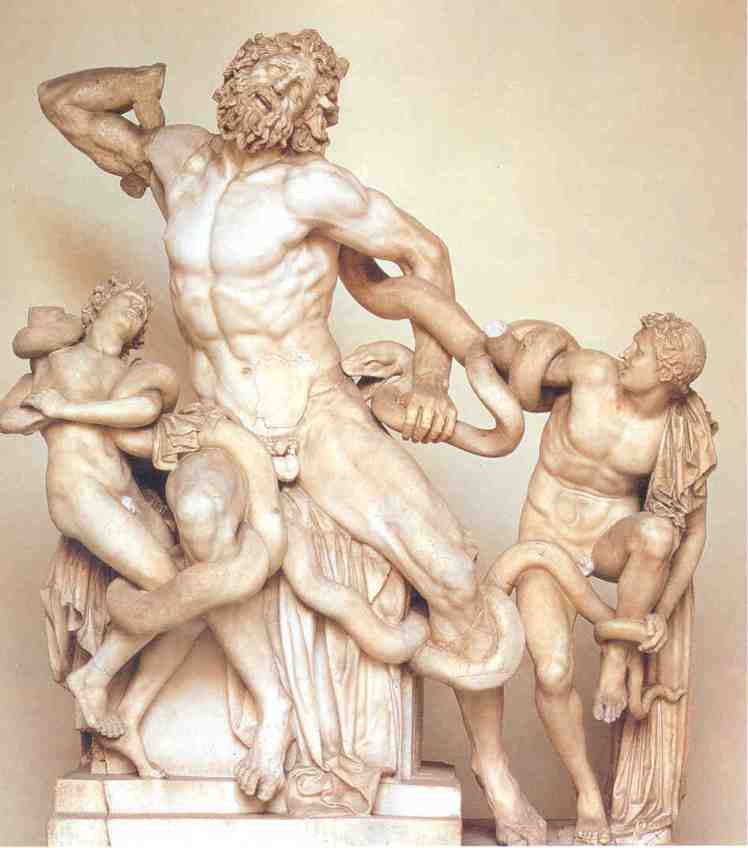 It was a great inspiration for this plush piece, which I hereby humbly submit to the Plushteam‘s Mythology Challenge. It will be available in the Plushteam shop this Sunday, April 12th, and voting will open up to the public shortly thereafter. Vote for my little fuzzy Laocoon to win the Demigods and Mortals category. The competition is fierce, but Laocoon is bold enough to stand up to the most daunting of challenges. Wish me luck and vote vote vote!

Then succumb to grisly death,

My fist in the sky.

6 thoughts on “Beware of Greeks”